Should Runners Under Age 18 Be Allowed in Marathons?

Their bodies are growing and developing, but is that a good reason to limit their mileage? 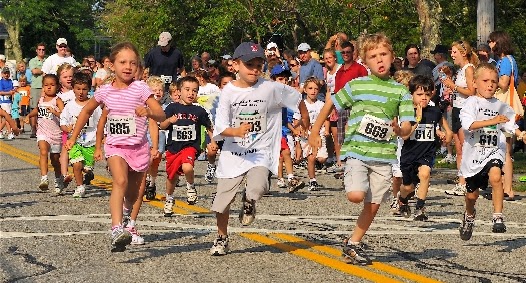 Yes. There’s no evidence that it's harmful.
By Scott Douglas


The biggest reason given for keeping kids from marathoning is that doing so will harm their health. But there’s no evidence that occurs in well-trained young runners. The journal Pediatrics concluded a study on overuse injuries in young athletes with the statement, “Ultimately, there is no reason to disallow participation of a young athlete in a properly run marathon as long as the athlete enjoys the activity and is asymptomatic.” Similarly, William Roberts, M.D., medical director of the Twin Cities Marathon and Runner’s World Ask The Sports Doc columnist, told Running Timesin 2011, “Kids and mileage basically makes us nervous, but from all I've found, there is no harm being done; they are not getting hurt. If it is their choice, keep doing it.”
The caveats above—“enjoys the activity,” “asymptomatic,” “their choice”—are important. Of course nobody wants a teen dragging herself through 26.2 miles to please her parents. But the desirability of teens being self-motivated is true for any pursuit; why single out marathoning?
Anecdotally, people worry about burnout. Again, this concern is no more or less valid for marathoning than for other activities. And if others are allowed to argue from anecdote, then I am too: I ran the 1981 Baltimore Marathon in 2:49:55 while a high school senior. In my 35 years of running, I’ve had one injury that’s required more than two weeks off at a time. Or consider Running Times editor-in-chief Jonathan Beverly, who, like me, was born in 1964, ran a marathon in high school, and is as healthily enamored of running in 2014 as ever. We are but two of many who were fortunate enough to find our lifelong activity of choice while young.
Now, if we want to debate whether overweight adults who’ve been sedentary their whole lives should run a marathon six months after their first walk/jog around the block, that’s another matter.

No. There's a reason the big marathons have age restrictions.
By Warren Greene


Should kids run? Absolutely. Should kids run marathons? No.
Long-distance running is a long-term proposition. Over the course of a runner’s life – with smart training, the right mindset, and a bit of good luck – he or she may log tens of thousands of miles, reaping the rewards every step of the way.
So why rush into something as brutal as a marathon at age 15, 16, 17? Where’s the urgency?
Simply put, there is none. There’s no good reason to tackle a marathon at an early age. Why risk injury – possibly even permanent damage – to a developing body?
Dr. Stephen Rice, in a 2003 article in the Clinical Journal of Sports Medicine, made this very case, suggesting that the repetitive trauma of running 26.2 miles increases the risk of injury in children undergoing periods of rapid growth. Not only that, but Rice says, "a child with shorter stride length subjects himself to more repetitions of impact to cover the same distance as an adult."
Not every doctor agrees. But when you’re talking about a child’s well-being, which side of that debate would you err on?
Runners under 18 cannot run the Boston Marathon, or New York City or London. Chicago allows runners as young as 16 but requires parental permission. These restrictions are typical, and they exist for a reason.
Running a marathon requires tons of time and energy, and lots and lots of hard miles. If a child shows promise as a runner, let her develop that potential as a high school athlete. Let her hone her skill under the guidance of a coach, and enjoy the camaraderie of running with a team. Let’s not burden her, and others like her, with the demands of a 26.2-mile race.
After all, the marathon isn’t going anywhere. It will be there, waiting, when the time comes.
Sometimes, discipline means being able to delay gratification. To recognize the value in having a long-term goal and in doing the work to get there, even if that work takes years rather than months. To keep an eye on the horizon. To be patient.
Isn’t that what marathon running is all about?

Looking for some running shoes? Check out some at great prices here. 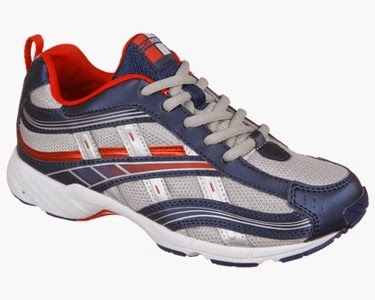 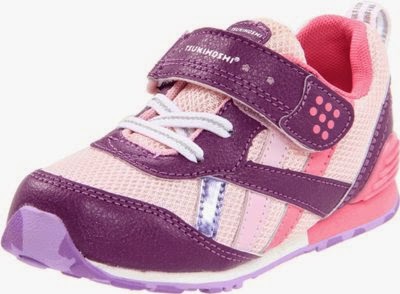 Posted by Berry Styles at 2:38 PM No comments: 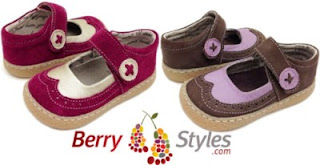 We pride ourselves with offering you the best competitive prices for new styles, in that if you shop around, and do the math, you will find that our prices are the lowest to start with, and then the magic happens at checkout when you pile on the savings redeeming your Berry Bucks, and our everyday free shipping.
On top of that, this is your chance to get 5% New Arrival Discount on Tootles in both of its colors, Burgundy/ Gold, and Mocha/Lavender. Applies at checkout (no code needed).
Can also be combined with your Berry Bucks (which if you have purchased through our website before, you would have some in store for you). Just put these pretties in your cart, and see how much you can save!!

Learn more about Berry Bucks
Posted by Berry Styles at 12:59 PM No comments: 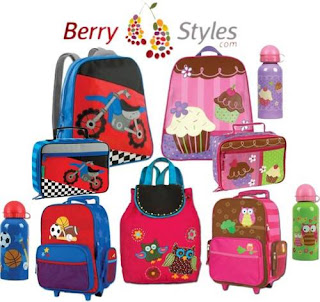 Thank you for all who participated in our recent Facebook Contest for chance to win a brand new Backpack or Lunch box of your choice from the collection in the picture above. . The Winner is:  Margaret Belford. Congratulations! Please contact us at berrystyles@gmail.com with your shipping address and specifying your pick from the choices above.

Join us again for our upcoming contest. Details will be announced shortly on our fan page: www.facebook.com/berrystyles
Posted by Berry Styles at 7:49 PM No comments:

And the Winner IS...

Thank you for all who participated in our recent Facebook Contest for chance to win a brand new pair of Livie & Luca Fall 2013. The Winner is: Brook McConathy. Congratulations! Please contact us at berrystyles@gmail.com with your shipping address and specifying the size/style of Livie & Luca Fall 2013, you'd like to have. You may check it all out here: http://www.berrystyles.com/products.asp?cat=Pre-Order

TO ALL OTHERS who participated and Liked us on Facebook, and to show our deepest appreciation, here's a coupon of savings applies store wide, and will include savings on Livie & Luca Fall 2013 collection. Enter Code:  THANKS , at checkout.
Applies to any order totaling $40 or more, combined with our every day Free Shipping. Also applies on already marked down items for additional savings. This coupon also combines with any Berry Bucks you may have in your account!! (Learn more about Berry Bucks).
Expires July 11. Enjoy the savings!

Join us again for our upcoming contest. Details will be announced shortly on our fan page: www.facebook.com/berrystyles

**Coupon does not apply on previous purchases, or pending (in process) orders, and is not eligible for price adjustments or refunds.
Posted by Berry Styles at 8:24 AM No comments:

Remember, at BerryStyles.com you get FREE SHIPPING, & 5% cash back (Berry Bucks Rewards) with every order, to be applied on your very next order!
And you may be pleasantly surprised to have already some Berry Bucks in your account from previous purchases that will automatically be applied to your order for additional savings!
Here's the pre-order link: http://berrystyles.com/products.asp?cat=107 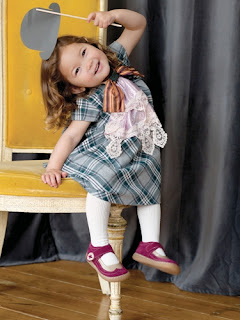 Posted by Berry Styles at 6:07 PM No comments:

The purchase of a pair of Lelli Kelly Kids shoes is every little girl’s dream come true. Each and every shoe design is specifically designed with little girls in mind. This style is sure to excite and fascinate the lucky girl to wear them.
Developed and designed in Italy.

All ornaments are hand, single-stitched, making each bead separate from one another and re-enforced so embellishments are sure to remain.
Canvas upper with floral print & generous beads and Glitter finish adds dreamy girlish detail.
Secured Velcro hook & loop closure
Padded ankle collar
Soft fabric lining, cushioned footbed, with an additional/removable "Dryz" Leather insole which helps in adjusting the fit as needed.
Flexible textured rubber outsole
These Lelli Kelly Shoes come with a gift with purchase!

Get Your Lelli Kelly Today, at www.BerryStyles.com!
Posted by Berry Styles at 9:34 AM No comments:

Yes, the wait is over!
We will be busy today fulfilling pre-orders, and shipping out Livie and Luca Merry Bell Sandals, Minnie sandals, Bloom purple sandals, Ivy sandals, & Romano boys sandals.
There are still several sizes in stock, so this is your chance to place your order for any of the styles above, or any style that is showing as available now on our website, and have it ship out for you immediately.
Here's the link for Livie and Luca brand on our website: http://www.berrystyles.com/brand-livie-&-luca.asp?pg=2

Posted by Berry Styles at 9:23 AM No comments: